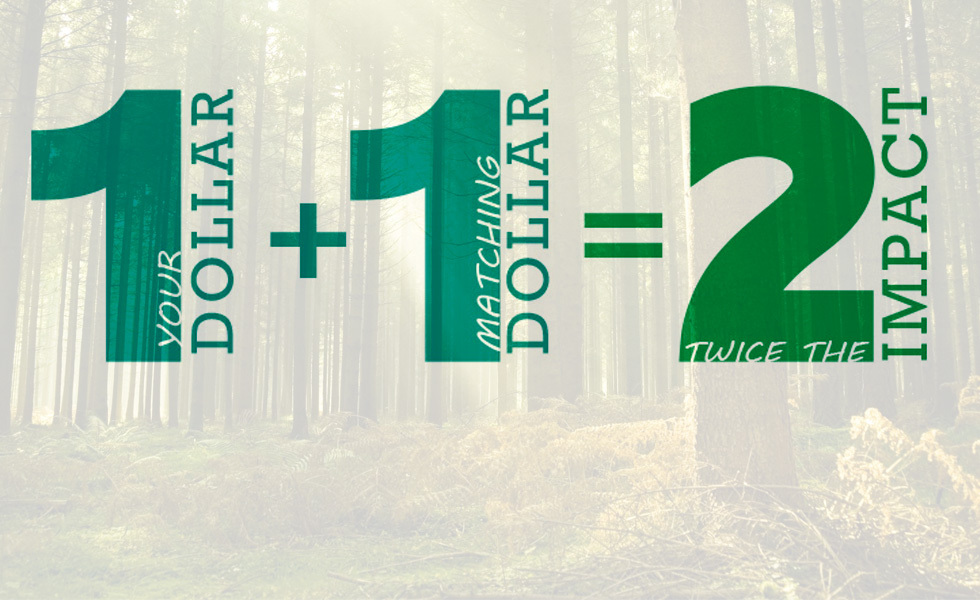 Human nature may be fundamentally altruistic, but even if we’re hardwired for giving charitably a little incentive can go a long way with even the most generous donors. No one is going to be disappointed to see their money double – especially when that money is going to a good cause and their impact is amplified.

Offering to double up and dollar-match individual contributions boosts campaign results, according to research by Yale University and University of Chicago, which found a match “significantly increases the probability that an individual donates—by 22 percent.”

Consumers want more bang for their buck, and donors are no different. That’s why contribution matching campaigns are so attractive to donors – at the end of the day, donors are buying into your cause, and they want to get the most out of the experience.

With Sponsifi, donations can be matched at a preset value by a corporate sponsor who also has the ability to offer other incentives, so fundraisers save administration time and donors can see the doubling effect immediately while being rewarded for their contribution by the sponsor.

Give it a Memorable Name

Make your campaign a cause can really buy into – a ‘movement’ if you will.  People like feeling like they’re a part of a greater community, and giving your campaign an easily identifiable name makes it stand out. Whatever you call it, definitely display it prominently in absolutely all of your communications, and find a way to incorporate it into your social media.  Using hashtags is a great way to spread the word on causes, and make your donors feel like they’re contributing to something bigger.

It’s your job to spell out what the increased impact in a matching-gift campaign actually is. The simpler and clearer you make it for your audience, the more likely they are to respond, understand, and contribute. If they have to invest a great deal of time just trying to understand your campaign, you’re going to lose them. Make the experience simple, joyful, and transparent.

Make use of a matching incentive during a time when it’s traditionally difficult to raise funds. This can be used to boost donation flow when you experience lapses in contributions, and there will be less competition and donor fatigue to battle against to reach donors.

Create a Sense of Urgency

Rather than running your campaign until you max out on matching money, you should put a timeline on it. Creating a sense of urgency prompts donors to give sooner rather than later. Deadlines give more weight to your call to action. Determine the time frame for your campaign, and remind people of it. A deadline also seamlessly flows into a follow-up mailing since deadlines can almost always be extended.

Plan a schedule for reminds your audience that, for a limited time, their money goes further. This should include using email, social media, and calling to tease the campaign before launch, officially announce the launch, remind people mid-way through, and remind them again before the campaign wraps up. Following up on campaign results is a good way to thank your donors and share their impact.

Use Matching to Upgrade Gifts

Tell donors any amount you contribute above your contribution of, say $25, will be matched dollar for dollar. So if you give $50, your new contribution will qualify for an additional $25 in matching funds, which means that $50 becomes $75. This also raises the bar for future upgrades since the donor will then be starting from a higher previous gift amount.  This also works great with sponsored incentives: telling donors that for the additional $25 they’re giving, they will not only be effectively giving $75, they’ll also receive a sponsored $25 gift card from the corporate sponsor doing the matching. It’s the ultimate win-win-win situation.